It can be a daunting task - How to even begin to think about setting up an easy-to-use monitoring and control solution that can help operational teams make sense of or understand a complex AoIP (Audio Over IP) network, much less troubleshoot audio problems or take pro-active maintenance actions.

This paper will walk the reader through the major challenges one is likely to encounter and the solutions to put in place to keep broadcast operations healthy and audiences listening.

Overcoming the feeling of being overwhelmed by complexity

In some ways this is both the easiest and the hardest challenge to overcome. Because it has to deal with a particular mindset to have when making the change over to IP based workflows.

The biggest thing to remember is that at the end of the day all that is changing are the pipes to borrow - a metaphor I’ve heard colleagues in the networking business use to simplify the work involved.

Audio is still from a source (microphone, feed, playout server, etc) to a destination (someone’s ears). The only thing that changes in an AoIP world are the kinds of cables and boxes used. Simple right? 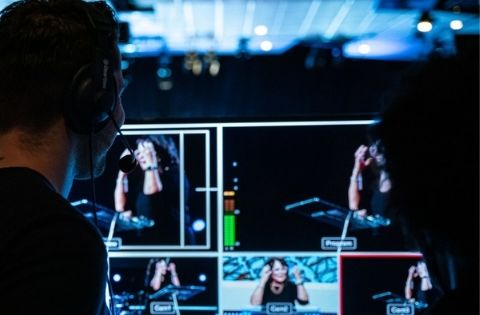 Encourage people to get started

While you don’t have to have a networking certification to monitor your AoIP network you will likely need to have at least some limited knowledge of configuration of the AoIP hardware involved. These could be IP encoders\decoders, network switches or probes. Some kinds of configuration you may need to perform in order to successfully monitor your network might include…

If you aren’t already, start to familiarize yourself with statistics such as bitrates and error rates, and switch port states like operational up/down and admin up/down.   They are going to be critical when we start to monitor our AoIP network later.

I realize that may have been on over simplification but the point is to encourage people to get started.

Giving a basic overview of networking is not in the scope of this paper but understanding the basics is important.

Remember, that at some point an audio signal is being converted to data packets or datagrams that are being sent over a computer network via TCP or UDP protocols.

You don’t necessarily need to understand the difference but it is good to know whether the AoIP technology you are using is implementing one or the other. It may make a difference in which data points you choose to monitor later.

If you aren't already, start to familiarize yourself with statistics such as bitrates and error rates.

Understanding how your network works

Now it’s time to break out the good old network diagram and start diving into the details. Yes, the hard to read and understand one with all the lines showing either the physical network, the audio network, the uplink network, or a drawing that may combine all of these.  It may feel overwhelming but just take things one step at a time.

Please complete the form to receive the full White Paper with all challenges and solutions.

Get Started With Kybio

Your first 1-Month is on us!